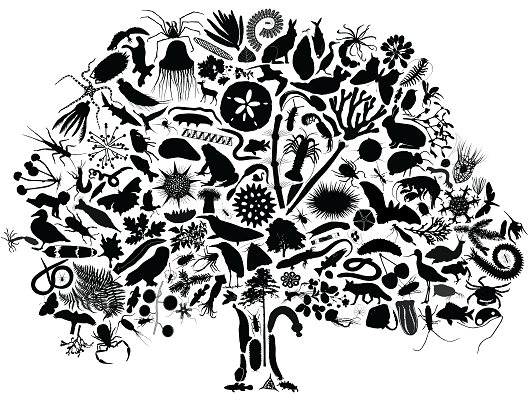 This article is included in the Tree of Life gateway.

We present a genome assembly from an individual Steromphala cineraria (the grey topshell; Mollusca; Gastropoda; Trochida; Trochidae). The genome sequence is 1,270 megabases in span. The majority of the assembly (99.23%) is scaffolded into 18 chromosomal pseudomolecules.

A new version has been issued to include the contribution of João G. R. N Ferreira, who assembled the genome and was erroneously omitted from the previous version of the article.

A new version has been issued to include the contribution of João G. R. N Ferreira, who assembled the genome and was erroneously omitted from the previous version of the article.

Steromphala cineraria (Linnaeus, 1758), commonly called the grey topshell, is a gastropod common to rocky shores in the UK. It typically occurs among boulders and cobbles on the lowshore and sub-tidally, where it grazes among Fucus and Laminaria species. Intertidally, it is most common on the lower shore, but can also be found in pools higher on the shore. Sub-tidally it extends to depths of 130 m, although it is most common in the kelp forests between 30 m and low water spring tide (Fretter & Graham, 1976). Its geographical distribution ranges from southern Portugal and north to the White Sea in northern Russia, becoming rarer at its range edges as thermal limits are approached (Nekhaev, 2013).

An important grazing species, S. cineraria is distinguished from other species of trochids by its bluntly conical shell and grey/yellowish finely striped patterning on the shell. In smaller shells, the umbilicus is large, becoming smaller and elliptical with age and in large shells sometimes becoming overgrown by the columellar lip (Fretter & Graham, 1976).

As S. cineraria is found across a large range of latitudes, it is exposed to a wide range of thermal environments in temperature, both due to time of year and geographical distribution. It is important to understand how populations may change in response to climate change, especially in its southern and northern range limits, and the knock-on effects this may have on macroalgae due to changes in grazing populations (Mieszkowska et al., 2007). A high quality genome sequence for this species will allow future studies to understand more about the mechanisms driving the observed response of this species to a changing climate.

Figure 1. Image of the xgSteCine2 specimen.

The BlobToolKit Snailplot shows N50 metrics and BUSCO gene completeness. The main plot is divided into 1,000 size-ordered bins around the circumference with each bin representing 0.1% of the 1,270,504,078 bp assembly. The distribution of scaffold lengths is shown in dark grey with the plot radius scaled to the longest scaffold present in the assembly (98,775,408 bp, shown in red). Orange and pale-orange arcs show the N50 and N90 scaffold lengths (70,748,747 and 57,769,559 bp), respectively. The pale grey spiral shows the cumulative scaffold count on a log scale with white scale lines showing successive orders of magnitude. The blue and pale-blue area around the outside of the plot shows the distribution of GC, AT and N percentages in the same bins as the inner plot. A summary of complete, fragmented, duplicated and missing BUSCO genes in the mollusca_odb10 set is shown in the top right. An interactive version of this figure is available at https://blobtoolkit.genomehubs.org/view/Steromphala%20cineraria/dataset/CAKAJN01/snail.

BlobToolKit GC-coverage plot. Scaffolds are coloured by phylum. Circles are sized in proportion to scaffold length. Histograms show the distribution of scaffold length sum along each axis. An interactive version of this figure is available at https://blobtoolkit.genomehubs.org/view/Steromphala%20cineraria/dataset/CAKAJN01/blob.

BlobToolKit cumulative sequence plot. The grey line shows cumulative length for all scaffolds. Coloured lines show cumulative lengths of scaffolds assigned to each phylum using the buscogenes taxrule. An interactive version of this figure is available at https://blobtoolkit.genomehubs.org/view/Steromphala%20cineraria/dataset/CAKAJN01/cumulative.

Hi-C contact map of the xgSteCine2.1 assembly, visualised in HiGlass. Chromosomes are shown in size order from left to right and top to bottom.

DNA was extracted at the Tree of Life laboratory, Wellcome Sanger Institute. The xgSteCine2 sample was weighed and dissected on dry ice with tissue set aside for Hi-C and RNA sequencing. Muscle tissue was cryogenically disrupted to a fine powder using a Covaris cryoPREP Automated Dry Pulveriser, receiving multiple impacts. Fragment size analysis of 0.01–0.5 ng of DNA was then performed using an Agilent FemtoPulse. High molecular weight (HMW) DNA was extracted using the Qiagen MagAttract HMW DNA extraction kit. Low molecular weight DNA was removed from a 200-ng aliquot of extracted DNA using 0.8X AMpure XP purification kit prior to 10X Chromium sequencing; a minimum of 50 ng DNA was submitted for 10X sequencing. HMW DNA was sheared into an average fragment size between 12–20 kb in a Megaruptor 3 system with speed setting 30. Sheared DNA was purified by solid-phase reversible immobilisation using AMPure PB beads with a 1.8X ratio of beads to sample to remove the shorter fragments and concentrate the DNA sample. The concentration of the sheared and purified DNA was assessed using a Nanodrop spectrophotometer and Qubit Fluorometer and Qubit dsDNA High Sensitivity Assay kit. Fragment size distribution was evaluated by running the sample on the FemtoPulse system.

RNA was extracted from muscle tissue in the Tree of Life Laboratory at the WSI using TRIzol, according to the manufacturer’s instructions. RNA was then eluted in 50 μl RNAse-free water and its concentration RNA assessed using a Nanodrop spectrophotometer and Qubit Fluorometer using the Qubit RNA Broad-Range (BR) Assay kit. Analysis of the integrity of the RNA was done using Agilent RNA 6000 Pico Kit and Eukaryotic Total RNA assay.

Pacific Biosciences HiFi circular consensus and 10X Genomics read cloud sequencing libraries were constructed according to the manufacturers’ instructions. Sequencing was performed by the Scientific Operations core at the Wellcome Sanger Institute on Pacific Biosciences SEQUEL II and Illumina NovaSeq 6000 instruments. Hi-C data were generated from additional muscle tissue of xgSteCine2 using the Arima v2.0 kit and sequenced on an Illumina NovaSeq 6000 instrument.

The genome sequence is released openly for reuse. The S. cineraria genome sequencing initiative is part of the Darwin Tree of Life (DToL) project. All raw sequence data and the assembly have been deposited in INSDC databases. The genome will be annotated with the RNA-Seq data and presented through the Ensembl pipeline at the European Bioinformatics Institute. Raw data and assembly accession identifiers are reported in Table 1.

Comments on this article Comments (0)

Competing interests
No competing interests were disclosed.
Grant information
This work was supported by Wellcome through core funding to the Wellcome Sanger Institute (206194) and the Darwin Tree of Life Discretionary Award (218328).
The funders had no role in study design, data collection and analysis, decision to publish, or preparation of the manuscript.
Article Versions (2)
version 2
Revised
Published: 24 Mar 2022, 7:44
https://doi.org/10.12688/wellcomeopenres.17677.2
version 1
Published: 08 Feb 2022, 7:44
https://doi.org/10.12688/wellcomeopenres.17677.1
Copyright
© 2022 Adkins P et al. This is an open access article distributed under the terms of the Creative Commons Attribution License, which permits unrestricted use, distribution, and reproduction in any medium, provided the original work is properly cited.
Download
Export To
metrics
Citations
open_in_new
0
open_in_new
0
open_in_new
SEE MORE DETAILS
CITE
how to cite this article
Adkins P, Mrowicki R, Harley J et al. The genome sequence of the grey top shell, Steromphala cineraria (Linnaeus, 1758) [version 2; peer review: awaiting peer review] Wellcome Open Res 2022, 7:44 (https://doi.org/10.12688/wellcomeopenres.17677.2)
NOTE: it is important to ensure the information in square brackets after the title is included in all citations of this article.
track
receive updates on this article
Track an article to receive email alerts on any updates to this article.
Share

Current Reviewer Status:
AWAITING PEER REVIEW
AWAITING PEER REVIEW
?
Key to Reviewer Statuses VIEW HIDE
ApprovedThe paper is scientifically sound in its current form and only minor, if any, improvements are suggested
Approved with reservations A number of small changes, sometimes more significant revisions are required to address specific details and improve the papers academic merit.
Not approvedFundamental flaws in the paper seriously undermine the findings and conclusions

Comments on this article Comments (0)

Comments on this article

Add a comment
Sign up for content alerts
You are now signed up to receive this alert
Alongside their report, reviewers assign a status to the article:
Approved - the paper is scientifically sound in its current form and only minor, if any, improvements are suggested
Approved with reservations - A number of small changes, sometimes more significant revisions are required to address specific details and improve the papers academic merit.
Not approved - fundamental flaws in the paper seriously undermine the findings and conclusions
Adjust parameters to alter display
View on desktop for interactive features

Provide sufficient details of any financial or non-financial competing interests to enable users to assess whether your comments might lead a reasonable person to question your impartiality. Consider the following examples, but note that this is not an exhaustive list:

All commenters must hold a formal affiliation as per our Policies. The information that you give us will be displayed next to your comment.

User comments must be in English, comprehensible and relevant to the article under discussion. We reserve the right to remove any comments that we consider to be inappropriate, offensive or otherwise in breach of the User Comment Terms and Conditions. Commenters must not use a comment for personal attacks. When criticisms of the article are based on unpublished data, the data should be made available.

Provide sufficient details of any financial or non-financial competing interests to enable users to assess whether your comments might lead a reasonable person to question your impartiality. Consider the following examples, but note that this is not an exhaustive list:

How to cite this report

Are you a Wellcome-funded researcher?

If you are a previous or current Wellcome grant holder, sign up for information about developments, publishing and publications from Wellcome Open Research.

The email address should be the one you originally registered with F1000.

You registered with F1000 via Google, so we cannot reset your password.

If your email address is registered with us, we will email you instructions to reset your password.

If you think you should have received this email but it has not arrived, please check your spam filters and/or contact for further assistance.